Let me tell you: this is not one of those recipes that I leisurely created after doing hours of research, compiling recipes, trial runs, etc. These cupcakes were first created out of pure necessity. I received a call asking if I could bake cupcakes for a child’s birthday party the following afternoon. The catch: they had to be free of gluten, corn, peanuts, tree nuts, dairy, eggs, and soy. Although I had my share of experience with cooking allergen-free foods I was far from having a cake recipe that excluded so many foods. So I browsed Pinterest for inspiration, picked up some groceries, said a quick prayer, and so the baking frenzy began. Let’s just say the baking goddesses were looking over me. A couple hours later I emerged from the kitchen, feeling not only like a better baker, but also like a chemist. I had created a magical formula for the ultimate allergen-free cupcake (with some help from a vegan cupcake guide that’s circulating on Pinterest). Go ahead and have high expectations for these bundles of chocolatey goodness =) 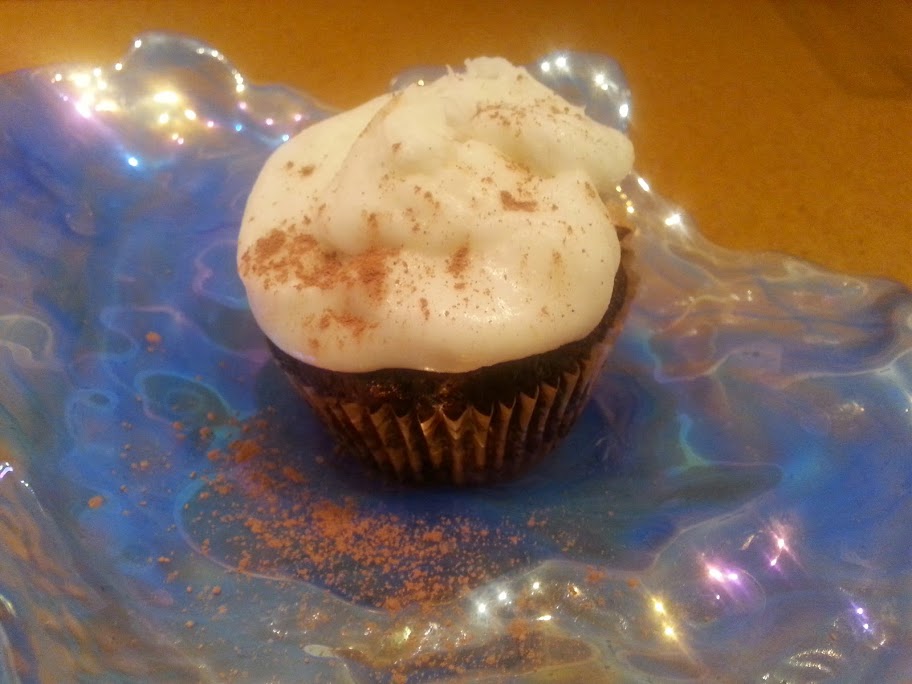 1 ¾ c plus 2 tbsp allergen-free flour, such as Namaste Foods

In a stand mixer, cream the sugar and oil until creamy. Sift dry ingredients together in a bowl. Add half of dry ingredients to mixer and mix on low until incorporated. Add the coconut milk and lemon juice and blend until incorporated. Add remaining flour, scrape sides of the bowl, and mix until no lumps remain. The batter should be smooth. Pour into a cake pan or lined cupcake pan. Bake cupcakes at 350 degrees for 20 minutes.

Ashley Cox is a Culinary Arts graduate, whole-foods chef and recipe developer specializing in sustainable, plant-based food, special diets, and holistic living. She worked as a Raw Vegan Chef for two years in the Chicago Suburbs where she discovered her passion for vegan cuisine and taught raw food classes. She resides in Forest Park and enjoys yoga, essential oils, exploring Chicago, traveling, and cooking for anyone who enjoys a fresh healthy meal. Her philosophy is eat pure, eat simple, and listen to your body, because when you nourish your body, you nourish your soul!